I have successfully upgraded the hard drive in a 2010 Mac Mini.  The process wasn’t a trivial one, but wasn’t an especially complex one. 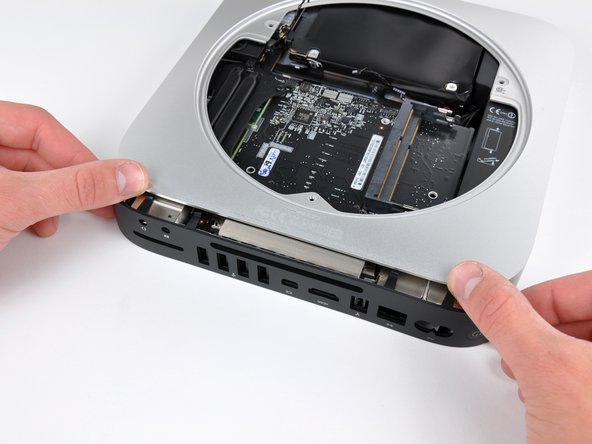 First, note that as of this writing (August 2010), the largest-capacity hard drive that you can put into a 2010 Mac Mini is the 750 GB Western Digital drive.   Do not be tempted to buy the 1 TB version of the drive; unfortunately, the physical size of the drive (3 mm thicker) is too large to be accommodated by the 2010 Mac Mini case.

Here is how I removed the 320 GB factory drive and installed the 750 GB drive:

Having the size 6 and size 8 Torx screwdrivers in hand, your next step is to open up the Mac mini.  If you have never taken a computer apart, this will seem a bit intimidating, but if you follow the instructions carefully you should be fine.

I followed these two guides.  Most helpful was this video on Youtube.  In addition, I found that keeping the pictures located on this site open during the process was also a helpful one.

A couple tips that I had to learn myself, despite following the instructions in the video:

The final step is to install the operating system.  When I first put the CD in, the computer did not recognize it.  My setup has a wireless keyboard and mouse, which of course were not yet paired to the operating system, so I wasn’t able to hold “C” on the keyboard to tell the computer to boot from the disk.  This is easily solved if you have a USB keyboard, but in my case, I simply turned the computer off and on again, and the second time it booted from the CD.

The total process took me about an hour.  Let me know if you have additional tips in the comments.